We all know that choosing the right omega-3 supplement is an overwhelming process. There are seemingly endless choices, and it isn’t always clear what dosage is safe and effective for your needs. You may have heard that the vitamin and supplement industry isn’t regulated by the FDA, leading you to worry about how you can trust that the information you read on your supplement’s label actually matches what’s inside the bottle. Then, of course, once you’ve found a product that you think is high-quality and trustworthy, the Internet is quick to offer mixed messages that make you second guess your choice.

We’ve seen these conflicting reviews and opinions about all of the brands on our omega-3 review list, particularly our top-rated product suggestions. Since Omega XL ranked highest on our review list (and since I use it myself!), I wanted to dive into some of the conflicting information surrounding this product in particular. Does Omega XL work? Should I take a closer look at those Omega XL reviews? Worse, is there an Omega XL scam?

It’s time to separate fact from fiction, so we can all feel confident that we’re choosing the best omega-3 supplement for our health.

What is Omega XL?


Omega XL is unique when it comes to omega-3 products. Not a fish oil, Omega XL states that it is a highly-concentrated omega-3 oil that comes from the green-lipped mussel of New Zealand. Omega XL claims to have 30 healthy fatty acids, including the familiar DHA and EPA, with more total omega-3s in each capsule than the number found in a traditional fish oil pill. Another plus? It’s safe for people with shellfish allergies. But does Omega XL work? That’s the question I hope to answer.


Why Do Some People Think Omega XL is a Scam? 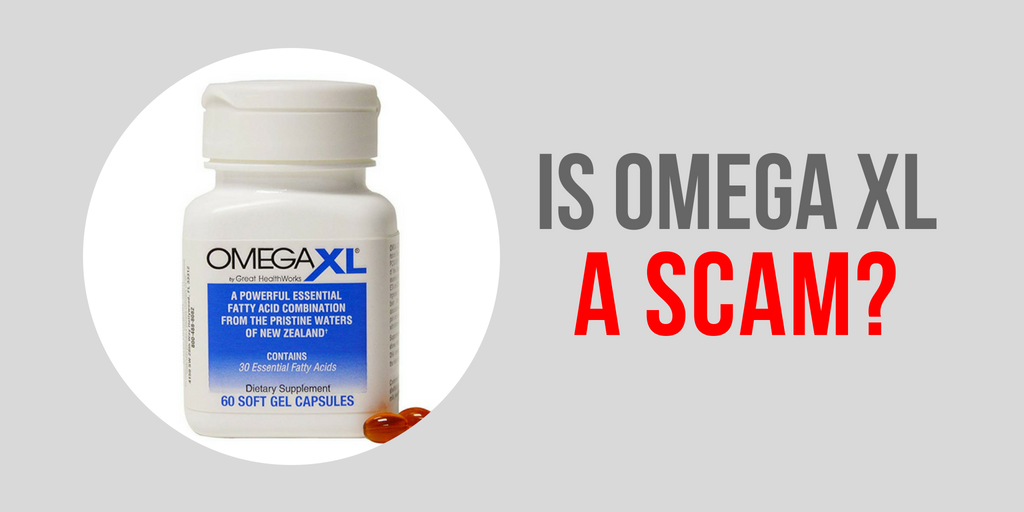 Extraordinary claims require extraordinary evidence, and since Omega XL is purported to contain such a potent concentration of omega-3s, people understandably get a little suspicious. A quick search online reveals that some Omega XL review websites had a  difficult time locating a list of product ingredients during their research, and thus began to worry about the actual quality of the product, while others have questioned the claimed potency of Omega XL. Others, still, actually question the value of omega-3 supplementation at all!

Contrary to some of the Omega XL reviews found online, I didn’t have any difficulty finding a thorough list of the supplement’s ingredients. This information is easily located within the FAQs of the Omega XL website. Per the FAQs, Omega XL contains the patented New Zealand mussel extract, perna canaliculus PCSO-524, along with natural monounsaturated olive oil and vitamin E. The product label states this blend to be 300mg. Of course, PCSO-524 is the main ingredient, with monounsaturated olive oil and vitamin E playing less important roles. Both, however, are a quality part of the Omega XL blend.

Monounsaturated olive oil is beneficial for heart health, lowering LDL cholesterol.6 Vitamin E, meanwhile, is an essential vitamin and antioxidant that has had its own share of mixed reviews, with studies showing it may or may not help prevent conditions like heart disease and cancer. There is also some research that it may help prevent the cognitive decline that can occur with age. While some people may worry about taking vitamin E in high dosages, as it can cause issues with bleeding, the amount in Omega XL is far below the recommended 1,500 IUs per day.7

With such clearly stated and natural ingredients, this is an easy rumour to debunk. In fact, Omega XL’s adherence to natural ingredients is something that Amazon reviewers love, and one of the things that helped propel Omega XL to the top of the charts in our review.

But, even with a quality ingredient list, how can we be sure that Omega XL isn’t a scam? I mean, does Omega XL really work? How can we know that it’s really as concentrated and effective as it claims to be? And, what of the people questioning omega-3 supplements in general?


A Closer Look at Omega XL 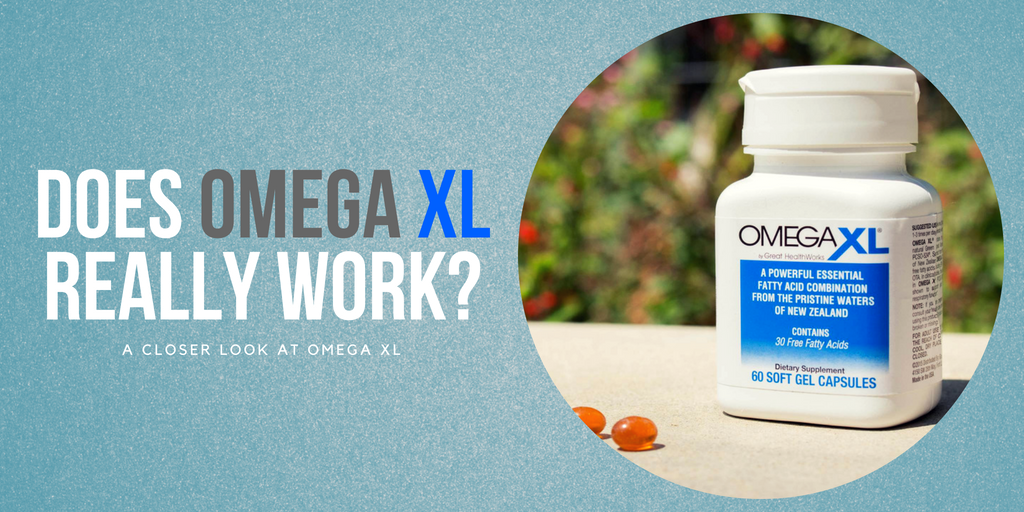 A 2013 study found that osteoarthritis patients taking PCSO-524 experienced a significant reduction in pain and discomfort, while patients taking traditional fish oil showed less improvement in their symptoms. Surprisingly, the patients in this study actually experienced more discomfort while taking traditional fish oil capsules instead of the PCSO-524 that is found in Omega XL. The results of this study were so strong that the authors suggested PCSO-524 might be a new complementary therapy for osteoarthritis patients.1  Another study, from 2015, suggested that the green-lipped mussel extract could minimize muscle damage and inflammation after exercise, while an earlier 2013 study showed improvement in patients with asthma.8

This extract is clearly powerful, with strong science to back it up. While traditional fish oil will certainly provide health benefits, these studies indicate that the omega-3s extracted from the green-lipped mussel might be more potent — just as Omega XL has claimed. Of course, the question remains: how can we know that this potent extract is actually in our supplement bottle?

While supplement websites and reviewers are correct in saying that the supplement industry is not regulated by the FDA, that certainly doesn’t mean there are no checkpoints at all. On the contrary, the most trustworthy and respected brands have their own independent review processes and in-house checks. Omega XL is sourced from New Zealand, a country with strict controls for mussel farms and fisheries. As a result, the mussels are from incredibly pure waters. Omega XL has been open about complying with all standards from the New Zealand Department of Fisheries.10 They even have a video of how their product is made. A quick search also revealed that back in 2012, Omega XL was quick to alert consumers about a company that was repackaging Omega XL capsules and passing off the product as their own without Omega XL’s authorization. What better way to ensure customer safety and trust?

It’s also worth noting that Omega XL has been endorsed by everyone from Larry King to Dancing with the Stars’ Tony Dovolani.9

The Benefits of Omega-3 Supplements


Another debate on the Internet relates to the omega-3s themselves. After a recent research study failed to find any benefit in omega-3 supplementation for heart health, some people began to spread the word that omega-3s aren’t helpful. Of course, this rumour isn’t true, either. The study, an analysis of previous studies, was actually widely criticized as flawed by doctors and industry experts alike.3  One of the biggest problems was that this analysis failed to include several large studies, including current trials! Meanwhile, a 2017 study published in the Mayo Clinic Proceedings found the exact opposite — omega-3s did, in fact, significantly reduce the risk of heart disease.4

As many of us can attest, omega-3s have also been shown to help with joint pain, autoimmune disorders, and even inflammation! 5

Sure, it would be great if we could all regularly eat the amount of fish required to maintain optimal levels of omega-3s. But, that simply isn’t realistic. While fish carry wonderful nutrients like these powerful omega-3s, they can also carry metals and toxins, like mercury and PCBs, with concentrations of these toxins varying wildly from species to species. That’s why so many of us rely on supplements to provide a safe, effective option for receiving our omega-3s. Plus, if you’re allergic to seafood, or just don’t like it, quality omega-3 supplements can fill in the gap.


Filtering out the noise on the Internet isn’t easy. It seems that for every product available, there are positive and negative reviews that leave buyers like us confused and wondering who to trust. Misinformed Omega XL reviews have led some to worry that there’s an Omega XL scam, but a closer look at the research reveals this couldn’t be further from the truth. The active ingredient in Omega XL, PCSO-524, has an enormous body of researching backing up its potency and is sourced sustainably from monitored waters.

In fact, since omega-3s absolutely do provide worthwhile health benefits, and since fish quality is strongly affected by pollution, a strong omega-3 supplement is even more important. With these studies increasingly showing the powerful effect of the omega-3s extracted from the green-lipped mussel used in Omega XL, and with Omega XL displaying such transparency about their practices, I couldn’t feel more comfortable recommending my go-to supplement.